While I’d like to say I was surprised by the fact that the President of the United States is only approved by 37% of the American people in his first 60 days, I’m not.

Not even in the slightest.

Since Donald Trump initially began his presidential campaign, many disliked the man and his views. Some even thought it was a joke. Flash forward to March 2017, and Trump’s beaten out the first female presidential nominee to the Oval Office, tore down Obamacare, approved the Dakota Access pipeline, began preparation for his infamous border wall between America and Mexico, stripped U.S. sanctuary cities of their funding and increased military funding, flip-flopped a rule which allowed transgender students in schools to use their bathroom of preference, repealed both a “stream protection” rule that used to save waterways from mining waste and a rule that stopped the mentally-ill from owning firearms, and blocked entry of people from six “majority-Muslim” countries for 90 days and refugees from Syria for 120 days. He’s flipped many American values directly upside down by demeaning blatant human rights, using his platform in immature and rash ways and even going so far as to brag about his actions.

On November 22nd, 1963, president John F. Kennedy was assassinated in Dallas, Texas. His position was assumed by Lyndon B. Johnson, his former Vice. Johnson had quite the political track record, and with years in the House of Representatives and the Senate under his belt, he was no stranger to Washington, D.C. Johnson is believed to be the most liberal president the United States has ever seen, and is arguably the most liberal president the United States will EVER see. Through his monumental Great Society program, he wanted to eliminate poverty and racial injustice from the United States completely, a stark contrast from what President Trump is seemingly wanting to do during his term. L.B.J. created Medicare and Medicaid to provide federal assistance to the elderly and those in need, funded schools across the nation, implemented programs to improve life in inner cities, passed environmental protection acts to set standards for air and water quality and much more.

Lyndon Johnson’s 60-day Gallup Poll rating was 76%. 76% percent of Americans had a good feeling about their new president who had recently assumed office after the beloved Kennedy was shot right in front of the nation’s eyes. Those good feelings turned into support, which slowly but surely turned into a functioning and improved-upon society. Johnson managed to lower the amount of American’s living in poverty by 12% percent by the time his presidency concluded.

Maybe it’s time to trust our instincts. Maybe it’s a bad thing that President Trump is only approved by 37% of the U.S. population. Maybe we shouldn’t be pushing the people who are trying to climb the ladder down, but grabbing their hands and helping them up.

What All Activists Should Learn From Daryl Davis

Modern Day Slavery In The Country Of Freedom 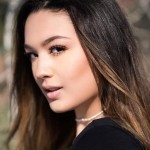 Seventeen year old creative writer and columnist for print and online articles on anything and everything; from politics to confidence. Nerd, hopeless romantic, beauty pageant titleholder. Kind of all over the place in the best way possible.