My Anxiety Is Not Trendy

It was around Advanced Placement (AP) testing season when a nervous air would fill those high school hallways. Everyone was stressed because people had overlapping examinations, and very little time to breathe. People often held conversations on how much work they had in store when they got home, and how they were stressed.

Some began to say that they were so stressed to the point of anxiety. When the testing day came around, they would say how they are ‘borderline about to have an anxiety attack’ and ‘if you don’t feel anxious, then did you really study?’

This was completely off-putting to hear. Why should a mental illness prove to you that someone studied hard enough to the point of anxiety or even panic?

Personally, my mental health was at an all-time low around this time of year. I would constantly have anxiety attacks as soon as I got home because I was overwhelmed with all the work that I really did not want to do.

I would walk into the testing classrooms and would feel as if an anxiety attack would occur, whether I studied or not. The language being used in conversations like such makes anxiety into a “trend”. This makes those who have anxiety question if they are being overdramatic for the way they feel, and that they just feel nervous/stressed all the time or if they even have anxiety in the first place.

The issue is encountered in the way anxiety (and/or mental illness in general) is perceived in media. It has been used through either ‘memes’ or language that can be passed off as a joke.

It also has been made trendy due to the way media portrays stigmas surrounding anxiety, perpetuating them into being the ‘only way to be perceived’.  With that people get anxiety and become nervous and confused most of the time. There is a stark difference between being nervous and anxious. Being nervous means that you feel uneasy due to an event coming up or said task and having anxiety is to have an irrational fear or a dread of something that feels like a bigger threat than it is in reality. This often manifests into social phobias, panic attacks, etc.

Anxiety is far from trendy. Anxiety has been made to feel as if you are in closed inside a box that just shakes uncontrollably out of nervousness externally, but there is much more to the surface.

Internally, the box has so much going on. You run out of space, for it feels as if the symptoms are endless yet you keep it inside that box because you feel as if no one will believe you until the see you physically shake, breathe heavily or cry sporadically due to these horrible stigmas surrounding anxiety. People shouldn’t feel this way. They shouldn’t feel as if their mental illness is not valid.

Anxiety has oftentimes been romanticized and fetishized, thus making it into a trend due to stereotypes like the manic pixie dream girl -someone that is broken and needs love to be fixed. Honestly, I blame many books for that one and also early Tumblr/Facebook culture for making anxiety into cool, trendy or funny.

Those who continuously push anxiety into a fad need to understand that people who actually suffer from anxiety are being defaulted into these stigmas that they may or may not feel.

Our mental illness is not catered for your jokes or your aesthetic. Nor should it ever be so.

In this article:anxiety, depression, media, pain
Up Next:

Stop Romanticizing the Link Between Creatives and Depression

EDNOS: The Most Dangerous Eating Disorder That No One Talks About 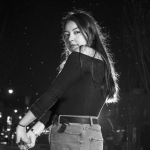 katixa espinoza is a 19 yr old latinx writer in brooklyn who doesn’t believe in capitalization and hates when her name is autocorrected. she drinks one mocha coffee a day to fulfill her art student quota and likes to yell at people who don’t recognize their privilege. she can’t spell privilege without autocorrect. she still hates autocorrect, anyway. her works can be found on Sea Foam Mag, Textploit, GERM Mag and other places as well.