Trump Against Landowners: Will There be Lawsuits?

As we all know, President Trump has been bragging even since the start of the elections about the “great” wall he desires to build. This wall will supposedly, as Trump has stated, be built by Mexico itself. The barrier poses to be constructed along the border in order to stop illegal immigrants from entering the U.S. Some support, as some would disagree with the plan. Quite specifically, the ones whose private properties will be interfered with.

This decision will affect many home and landowners in the state of Texas. As well as certain businesses, parks, wildlife and surrounding nature.

Some landowners were asked for their input on such. Joseph Hein is one who opposes Trump’s idea. Owning a 580-acre ranch, he says he’s against a border wall, especially if it runs through his property.  Pat Bell from Brownsville, Texas stated, “I will get a lawyer if it comes to that.” Another source felt quite heated about the detriment Trump’s wall will surely cause. Directly from Texas Wildlife Association, they’ve reported that the wall will interrupt landowner/livestock/wildlife access to water from the Rio Grande River, harm property values, and impair critical wildlife movement corridors for species such as black bears, mountain lions, among others. The wall is said to be built as 30 ft. tall and as long as 131 miles. The cost of such a plan will be tremendously expensive, indicating utter debt for the government as a whole. Border Patrol is currently desperate, as Trump demands a massive expansion when there’s struggle with meeting even current staff needs.

The last time the government attempted a similar barrier in 2006, it had ended in failure. Many landowners had sued, and cases lasted for months. The U.S. government had to pay $78 million for roughly 600 parcels of land. And those parcels were nowhere near the amount of land they had anticipated. In comparison, Trump’s  plan happens to envision way more. U.S. Customs and Border Protection still owes another $25 million in unresolved real estate and litigation costs until this day. Trump may need to reassess since his plan involves something much bigger.

With many citizens fighting for a barrier of protection, many say that it’ll cause more problems than solve. Some have even compared it to the Berlin Wall. Will Trump receive not only a wall but a “great” dilemma as well? In the end, there will be those who support and disapprove. Though the question will remain: is it worth it?

In this article:#Americanpolitics, #DonaldTrump, border patrol, Mexico, president trump
Up Next: 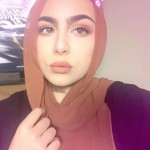 A seventeen year old with different perspectives and opinions, who embodies minimalism, advocates for veganism, and is in love with writing poetry.