In California’s red dot in the blue sea, an unconventional newcomer bids for Congress. From his childhood in Gaza to his “DEM” platform, the San-Diego-born Ammar Campa-Najjar is a Latino Arab-American determined to use his authentic and innovative experiences to unite California’s 50th Congressional district.

“I’ve seen how destructive people can be in the name of their idealogical differences, which is why I don’t really have a lot of—no pun intended—affinity for political division,” said Campa-Najjar to Affinity Magazine on the political effect of his childhood in Gaza. “Why was I left to live when so many people died? Young people, too. And I believe that’s because God has purpose. To maybe bridge some divides here at home in America and to see things through a different perspective.”

Gaza was not the sole influence of Campa-Najjar’s growth and development. His mother had a profound influence on his personal life. “She has the biggest heart of anyone I’ve ever known in a person. And I think she’s rubbed off on me a little. I think that’s why I’ve been able to find forgiveness in my heart when people are against me.”

Ammar and his family moved back to the U.S only a few months before 9/11. After a few years in San Diego, Campa-Najjar converted from Islam to Christianity. Despite the conversion, he holds a respect for other faiths, especially Islam. “Before we freed African slaves in America, hundreds of years before that, there was a man named Bilal who was a slave—an African slave—in modern-day Saudi Arabia. The Prophet freed him and made him one of the first Muslims of the faith so that Bilal would be the first man to enter Paradise for everything he endured. I mean—that—for me, before the Emancipation Proclamation, Islam did that.”

Ammar Campa-Najjar’s political life began after working on Obama’s campaign. “And I’ll never forget getting a phone call from the White House towards the end of that campaign. They called and they said, ‘Listen, we’re really impressed with the work you’ve done as a movement in San Diego and if this all goes our way we would love to have you come to Washington and serve at the White House.’ ” Careful not let jadedness whisk him away, Campa-Najjar focused on the American people. ” Part of my job there was to read hundreds of letters every day, ten of which the President would famously read every night. I would read stories that would touch your soul regardless of your political affiliation. Stories like an older woman saying ‘I’m only an illness away from losing my home.’ A veteran writing and saying, ‘I’m sorry if you can’t read my handwriting, I sold my computer to get my medicine this month.’ Tragic stories like that.”

Campa-Najjar’s past is nearly as powerful as his plan for the future. While avoiding partisan politics throughout his career, Ammar has built his own platform. “It’s called the DEM platform. It stands for defend our democracy and our country; empower, employ and educate our people; modernize our government and innovate small business.” An issue the candidate has focused on is economic injustice. “When a business that has a global reach wants to have a local footprint in America, they go to places that are accessible by plane or have a major freeway to get to or are metro accessible. And rural America is not that place—big cities are, which are more densely and diversely populated…So how do we fix that economic injustice?…We can bring that big city job to them.”

Altogether, Ammar Campa-Najjar is focused on uniting the country and healing division—including the division created as a result of Trump’s election. “Women have felt targeted. Anti-Semitic lanugage has increased. Anti-Arab and Muslim rhetoric has definitely increased. And discrimination—actual physical acts of discrimination [has increased].”

Despite the candidates focus on helping and healing people, the Internet hasn’t been taking the issues as seriously. Articles from Buzzfeed and Teen Vouge “thirst” over his appearance rather than ponder on his politics. “It’s flattering, but I really want people to focus on the issues. Again, this isn’t about me.”

Residents of California’s 50th Congressional district can discover more about Ammar Campa-Najjar’s campaign here. And, no matter what district you might reside in, vote in the congressional elections of 2018!

In this article:ammar campa-najjar, house of representatives, latino arab-american, POC for congress, politics
Up Next: 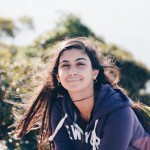