Who Are The Real Terrorists In America?

On September 11, 2001, a devastating attack on the United States sent fear through the country’s citizens. Planned and executed by Osama bin Laden and his loyal followers, Americans felt nothing but hatred towards the man behind over 2,000 deaths. From there on out, this hatred still rightfully resides inside millions. But with no one person to blame anymore, in recent years, it has been directed towards nearly any country in the Middle East. Blinded by fear, some view innocent people who just so happen to (presumably) practice the same religion of most of the 9/11 terrorists just as guilty as the ones who actually committed the act. Since the attack, there has been similar instances such as the bombing in Manchester that took place only a couple of weeks ago. These resulting in the mindset of Americans not changing and, if anything, becoming more fear-filled than ever before. Although, very few have stopped and asked the question, “is our fear directed towards the right people?”

This is a difficult question as there are many factors that play into this. But, if we use the logic of the everyday American, it becomes quite simple: We should be weary of any group of people that have a history of hurting American citizens. The majority of the time, this applies to Muslims in our minds as we so often connect them to ISIS. Although, as we take a look at the facts, our thoughts become questionable:

ISIS is currently the largest terrorist group in the world, therefore it is sensible to focus on their attacks. Since June 2014, when ISIS proclaimed itself to be the Islamic State, over 70 terrorist attacks have been conducted or inspired by the group, not including those that have taken place in Syria and Iraq. As a result, approximately 4,000 people have been killed (this number including those killed in attacks in Syria and Iraq). Just 6 of these have happened in the United States, and about 64 out of all 4,000 victims being killed here. Of course, 64 innocent people being killed is still outrageous. These brainwashed people who have dedicated themselves to the Islamic State still stand as a threat to us and people around the world.

Still paying attention to statistics, it is easy to say this. But, it is also easy to say that refugees coming from the Middle East are not nearly as threatening as many people think. A study was done to determine just how dangerous refugees are, this is what they found: Of the 3,252,493 refugees admitted from 1975 to the end of 2015, 20 were terrorists. Just 3 of those terrorists were actually successful in their attacks and killed a total of 3 people. But, since the Refugee Act of 1980, not one refugee in the United States has carried out a terroristic attack. In conclusion, by taking these statistics into account, “the chance of an American being murdered in a terrorist attack caused by a refugee is 1 in 3.64 billion per year.” Obviously, the chances are extremely slim.

Next, it is important to compare the number of Americans that have gotten killed by ISIS to the terrorist group’s resulting death toll in the Middle East. Contrary to what many believe, ISIS has had a pattern of mainly targeting Muslims. There are different branches of Islam, just as there are different branches of Christianity. The two main ones being the Sunni and Shia Muslims. An obvious pattern has emerged in which branch ISIS favors and which branch holds followers that will most likely be killed. They view Shia Muslims, who do not participate in their beliefs, impure and unworthy of living. That being said, just because ISIS tends to not kill Sunni Muslims does not mean all Sunni Muslims are part of ISIS. Nor does it mean that they still won’t be killed. This became more apparent after the United Nations conducted a study that concluded in Iraq from January 2014 to October 2015, almost 19,000 civilians were killed reportedly due to ISIS. Nearly 100% of Iraq is Muslim. ISIS is responsible for the deaths of people we have viewed as part of the problem. Not only is ISIS attacking innocent Muslims, so are Americans.

As mentioned before, terrorist attacks by Muslim refugees in the United States are nearly nonexistent. Unfortunately, attacks on Muslims are becoming increasingly apparent. For example, the stabbing of 3 men in Portland who were defending two women (one in which was wearing a hijab) from a man threatening them, or the two mosques in Texas that were burnt down in January. These just being two examples amongst far too many. The worst part of this situation is that Trump has not condemned most of these attacks. His failure to even acknowledge the Islamophobia in the United States on top of his constant preaches that demonize Islam has only encouraged these extremists.

It is those who kill, assault, and threaten innocent people strictly because they practice a religion that we have been taught is dangerous to the American lifestyle. The exact definition of terrorism is “the unlawful use of violence and intimidation, especially against civilians, in the pursuit of political aims”. But for some strange reason, when someone says “terrorist” we hardly ever think of those who have inflicted just as much pain, if not more, in the United States as ISIS. Sadly, we think of innocent refugees instead. America was built on immigration and diversity. But instead of being empathetic towards those who are in a situation of either leave or be killed, we patronize them.  Freedom of religion is something our ancestors fought for. Just because you are fearful of diversity does not mean you can deny someone of that basic right. All in all, we are hypocrites. We will view all Muslims as evil solely because there is a terrorist group who claims they practice the religion. But the KKK and other Christian supremacists have killed thousands yet I still have not witnessed a single person claiming all Christians are terrorists. You cannot make assumptions about an entire group based off of the actions of a few. Otherwise, every race, ethnicity, and religion would be labeled as evil.

In this article:christianity, muslim, refugees, terrorism
Up Next:

Michael Bloomberg Promises $15 Million to Secure the U.S. in the Paris Agreement

What Needs To Be Acknowledged About Terrorism 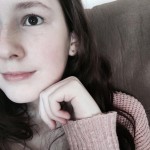 Hello, I'm Rachel! I am 14 years old and a sophomore in high school. In person, I tend to be introverted, but writing has allowed me to express my views in a way I never could verbally. I hope my articles are influential and provide information that allows you to form your own opinions.

How Prime Minister Khan Broke His Promises After His Election