A Look Into What Mam Jalal Meant for Iraq

He was the best of presidents, he was the worst of presidents. His time was the best of Iraq, his time was the worst of Iraq. Everything with Mam (“uncle” in Kurdish) Jalal was a bit complicated but also simple. But surely, he was the most respected and well-known political figure of Kurdish history. From Iraqis to Americans, everyone called him ‘Mam,’ which can easily be interpreted as a sign of affection. He did not ever become a simple political face and stayed the ‘uncle’ of many.

He came from a Kurdish clan-family, the Talabanis. Jalal Talabani was 13 years old when he joined the Kurds as a warrior for Kurdish independence and fought against British Iraq. He was the ‘left arm’ of Mustafa Barzani and a ranking member of the Kurdistan Democratic Party at the age of 18, when he was also was studying law at the University of Baghdad. He got kicked out because of his founding role in the Kurdistan Student Union and graduated years after.

He defined himself as a Marxist-Maoist and translated Mao’s books into Kurdish. Afterwards, he left for China and, years later, built good friendships with the U.S. too. He was a great pragmatist leader. In a New Yorker article written by Jon Lee Anderson, Mr. Talabani was defined as a politician that could easily make two different policies at the same time. He raised his voice up to his clan and father Barzani too, left the clan and rejoined afterward. His political line was never clear.

After the Iran-Iraq War, he left his country through Iran and went to the United States for the first time. In the U.S., he accused Saddam Hussein of genocide, talked to the press, to Washington’s bureaucrats and also to the United Nations. Mr. Talabani’s statements were pointing out Hussein’s war crimes on the Kurds, including the use of chemical gases. Afterwards, Saddam Hussein and Jalal Talabani sat around the same table and bargained for peace. United Nations cleared the airspace for Kurds and created a safe haven for some time.

After U.S. Iraq Invasion, Talabani won the elections and became the first non-Arab President of Iraq. After becoming president, he stood for his country’s unity. His position meant merely nothing, as he was just an honorary chair, but he did not sit back and watch; he used himself for unity and integrity.

Mam Jalal had a lot friends in bureaucratic circles, politicians, journalists. Most of them were more than their identities through his view. He was more than Middle East’s dogmas, he loved to lit up Cuban cigars, eat good food and drink well. He loved to sit around tables with his friends. More than politics, he loved to live and maybe that’s why he tried to create better lives for his people.

On Dec. 17, 2012 he suffered two strokes. In Berlin, doctors saved his life and it was merely a miracle. But his body was half paralyzed. From that day on, Iraq lost their political uncle, but never lost Uncle Jalal. Even today, after his death, Mam Jalal is one of the greatest figures of our generation. Mam Jalal showed everyone that politics have bigger borders than countries.

In this article:Barzani, Iraq, Mam Jalal, Talabani
Up Next:

Why School Boards Should Be More Welcoming 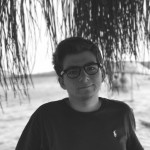 First of all a good reader. After that an Istanbulite. Also a frequent contributor for some magazines in Turkey and the chief editor of an online-mag called "BIRAZ".