The lawyers, along with ten other people, were arrested and illegally detained on 17 October for taking part in a meeting challenging a Tanzanian law which would stop private health clinics from providing HIV and AIDS services in an attempt to crack down on homosexuality. Among those detained were three lawyers from the Initiative for Strategic Litigation in Africa (ISLA) , a human rights organization, and nine members of Community Health and Education Services and Advocacy (CHESA), an organization dedicated to the rights of sex workers in Tanzania. The manager of the hotel where the meeting, and arrest, took place at has also been detained.

The meeting was due to take place on 16-17 October at the Peacock hotel in Dar es Salaam. According to, Matilda Lasseko, a lawyer for ISLA. “The police came and the group showed them the agenda and the notes and they left again. But on Tuesday they returned, and took everyone to the police station.” said Matilda Lasseko. The lawyers were initially given bail after surrendering their passports; the representatives for CHESA, who were all citizens of Tanzania, were detained without charge.

The next day, the police had released a statement stating that the thirteen people arrested had been detained on the grounds of promoting homosexuality. The lawyers were detained again on Friday, and all 13 people have since been held without charge. However, under Tanzanian law, the maximum permitted period of detention without charge is 24 hours. Despite this, Lasseko and her other two colleagues were later deported from Tanzania. The group now intends to sue.

Homosexuality, like in most other countries in East Africa, is illegal in Tanzania and is punishable by up to thirty years in prison. It is largely opposed, with 95% of Tanzanians believing that homosexuality was an unacceptable way of life.  In October 2016, the Tanzanian government announced a ban on HIV/Aids outreach projects aimed at gay men, and closed US-funded programmes that provide testing, condoms and healthcare to the LGBT community. The nationwide closure of private HIV clinics began soon afterward. 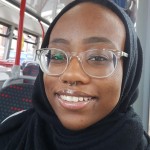