Our National Parks Are at Risk: Here's How to Save Them

Under the Trump administration, spending cuts and pure ignorance are putting our national parks in serious jeopardy.

The latest actions by President Trump and his Republican Congress show that United States national monuments are set to drastically shrink or completely disappear in the next coming years. According to Scientific American, parks like the Bears Ears National Monument could be reduced “from its current size of 1.35 million acres down to” a mere 160,000 acres.  Not only does this shrinkage reduce miles of pristine land, but it strips Southwestern tribes of their of their sacred terrain.

Lastly, and what seems like just an extra kick in the shin, the Trump administration set regulations prohibiting the National Parks Service from regulating the sale of bottled water. As Scientific American states, “[n]ot only will this increase pollution in our parklands, it will cut off an environmentally-friendly revenue stream.”

Through all this, President Trump’s senseless climate change theories still prevail. According to The Washington Post, prior to Facebook CEO, Mark Zuckerberg’s visit to Glacier National Park, “the Trump administration abruptly removed two of the park’s top climate experts” from his guided tour. A decision that was clearly “a prudent use of government resources.”

With the value of public lands cashing in at about $0 in the eyes of our Republican Congress, it’s up to us to save them.

Glacier National Parks Lodges provides a few easy ways to save the national parks right from home. First and foremost, trying to reduce our carbon footprint will dramatically help reduce the effects of climate change. Recycling also is a key factor in maintaining the sustainability of our parks. Eating locally helps to reduce the fossil fuel produced when transporting food. By supporting non-profit organizations such as The National Parks Conservation Association, we help fund our beloved national parks in an effort to regain control of our public land. Finally, by paying a visit to one of the many beautiful national parks in the United States, we can remind The White House that we care about and appreciate the conservation of our wilderness refuges. Because after all, America’s untouched wilderness should always stay just that, untouched.

This Is Why Populism Is So Dangerous

The Rise of Counterculture Conservatism 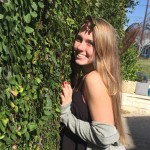