During a Senate Judiciary Committee hearing, Nielsen was questioned about whether or not she heard the president use the foul language reported or any similar words to describe specific countries. Nielsen, who is under oath, testified that the president did not use the word in question. When asked if any similar wording was used she replied with,

Senator Dick Durbin is responsible for confirming President Trump’s comment regarding specific countries. Durbin shared the words exchanged during a private Oval Office meeting with Booker. The combination of  Durbin’s confirmation and Nielsen’s testimony sparked Booker’s intense reaction. Booker was not shy when it came to showing emotion when he passionately pronounced, “I hurt.” (Source: C-SPAN)

A significant component of Booker’s speech is his use of emotional language. In his speech, Booker emphasizes the pain felt by himself and by tens of millions of Americans. Upon receiving the confirmation from Durbin, Booker claims to have had “tears of rage” well up in response to the horrific news.

Despite the tentative confirmation concerning President Trump’s foul comment, what matters most is the action  Booker took to fight against racism and bigotry. Booker set an example for all individuals to use their voice when others try to further divide society. The alleged language used against certain nations shows how prevalent racism and hate still is in society. Booker’s response also shows society that the type of language in question is never to be tolerated. Booker serves as a representation of how individuals can spark change and shed light on issues plaguing society. Booker’s inclusion of emotional language portraying personal pain also reveals how sharing one’s true emotion furthers the message being delivered.

The comment in question is not an issue just for those it was directed at. It is an issue for all. All individuals must join in unity to push against efforts to break down others.

Booker’s now-famous words ring true for any situation where racism and hate are in question:

“Your silence and amnesia is complicity.” (Source: C-SPAN)

In this article:cory booker, dick durbin, kirstjen nielsen, politics, president trump
Up Next:

April Ryan: “There Has Been A War On The Press By The White House” 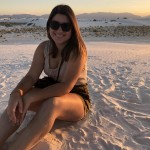 18. Miami, Florida. Proud to be an advocate for social awareness and the pursuit of information. Remember, anyone can spark change, especially you!