The concept of Women’s History Month is more than just a celebration. It’s highlighting and acknowledging the contributions of women across time. Researchers have estimated that women’s stories make up just 0.5 percent of recorded history, indicating that we grow up learning about historic events and revolutions but fail to recognize the faces behind those movements.

The recent UN study showed that 9 out of 10 people hold a bias against women. The percentage of those holding at least one sexist bias was largest in Pakistan where 99.81 percent of people held prejudice against a woman’s right to education and hold more value in the workplace.

Pakistan’s history is rich with women participation and feminists making a difference socially, politically and economically. However, it’s saddening to see that these women have not been represented enough for young girls to have female role models. This representation is important because we live in a world where a female in authority may be considered as a threat rather than an inspiration.

To reflect on this year’s Women’s History Month, here are a few Pakistani women that have been overlooked for their contributions in the country’s history and current achievements. 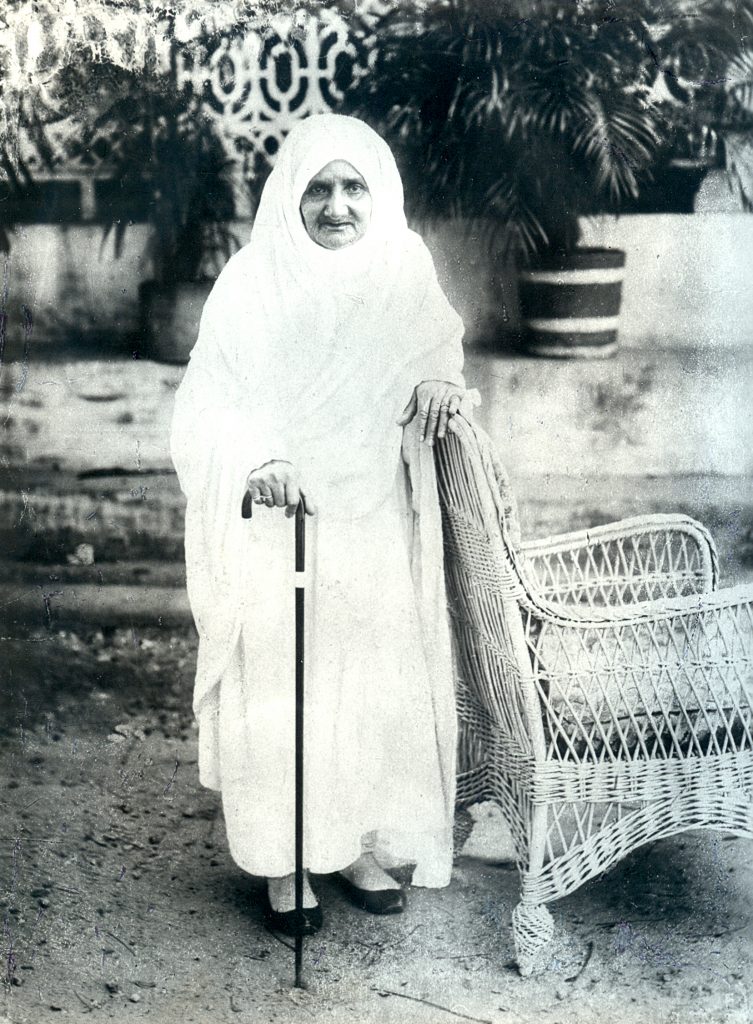 Abadi Bano Begum (1850-1924), commonly known as ‘Bi Amma,’ was a prominent figure for Muslim women during the freedom struggle between India and Pakistan. With no prior education herself, she was, nevertheless, knowledgeable enough to break all obstacles for her sons’ education. Due to her notable efforts, such as pawning her jewelry after being rejected funds from her relatives, her two sons were able to graduate from Oxford University and Aligarh Muslim University.

Bano Begum was a role model for Muslim women in that era. She became the first woman to address a political gathering wearing a burqa (garment to cover the body).  This was a revolutionary move because it proved that Muslim women can have a significant role in the fight for freedom. Her purpose became to campaign for Hindu-Muslim unity and harmony throughout her life. As journalist Kuldip Nayar said, “It is painful that so far Bi Amma’s contribution has been neglected by our educational system and it is the need of the hour that a book be written and taught in schools and colleges.”

Fatima Ali Jinnah (1893-1967) was one of the pioneers of building Pakistan alongside her brother Muhammad Ali Jinnah. Her contributions to the stabilization of the nation serving the citizens of the country earned her the title of Mader-e-Millat (Mother of the Nation).

She was the beacon of hope for Pakistani women as she amplified her voice to ensure women are given status in the society, She emphasized on a woman’s role as pivotal to create a healthy and balanced society. Jinnah founded the All Pakistan Women’s Association (APWA) to establish a woman’s rule equal to a man. Today, the APWA strives to provide and develop the community by empowering women through advocacy and social and economic enhancement.

As a political figure, she ran for the presidency and advocated for education and helped to facilitate refugees from India. Her belief to have a fair democratic system rather than a dictatorial one gained her numerous supporters. She is the visual representation of who a ‘humanitarian’ is. Her words in addressing the people of Pakistan are still remembered, “March forward under the banner of star and the crescent with unity in your ranks, faith in your mission and discipline. Fulfill your mission and a great sublime future awaits your enthusiasm and action. Remember: ‘cowards die many times before death; the valiant never taste death but once.’ This is the only course of action which suits any self-respecting people and certainly the Muslim Nation.”

Justice (R) Nasira Iqbal – A hope for a just world

We applaud a woman in authority, especially when it’s Justice (R) Nasira Iqbal. Being the daughter-in-law of the famous Pakistani poet Allama Iqbal is not the only significant part of her identity. Today, she serves to a Pakistani jurist and law professor who served as a justice of the Lahore High Court from 1994-2002.

It goes without saying, being a justice as a woman is not an easy task but she stayed firm in face of adversity. A true advocate for women rights, she drafted a bill to prevent domestic violence against women in 2008 and amended legalities that prevented women to own land. She also led the Concerned Citizens Society of Pakistan (CCP) that defied military dictatorship. Her work towards making sure lawyers’ voices are heard is commendable till date.

A person that takes action against the injustices around them is a true representation of who a global citizen is. Fatima grew up with a scarring childhood because she was surround by modern day slavery.

She grew up watching children, men and women being forced to work in a toxic environment by wealthy figures who viewed them as nothing more than animals that they had control over.

Seeing the lack of humanity around her, Fatima chose to devote her life for a cause. For their safety and preventing the next generation to be pulled in this ruthless lifestyle.

Despite the danger and life threats -subjected to beatings, electrocutions and shooting by kiln owners- she created a non-profit organisation ‘The Bonded Labour Liberation Front.’ The organisation strives and work towards ending all forms of slavery. They have managed to help 80,000 people gain freedom. Her devotion removed the blindfolds of the government to focus on improving legislation and laws. Due to her countless efforts, the Punjab Province passed the Women’s Protection Bill and Child Protection Ordinance.

Nighat Dad is a Pakistani lawyer and is persistent to smash the patriarchy through her passion in STEM.

She is breaking the famous stereotype that women in technology are a lost cause. Dad is the founder of the non-profit organisation Digital Rights Foundation. The organisation focuses on women’s right to expression on the internet without being threatened.

Their aim is to protect strengthen protections for human rights defenders (HRDs), with a focus on women’s rights, in digital spaces through policy advocacy & digital security awareness-raising.

Dad believes that in a country like Pakistan, violence against women widely exists in technology. To tackle cases such as online harassment, exploitation and deception the organisation works with women to teach them about internet safety and how women can achieve empowerment through the means of technology.

These are just a few stories of a country that has remarkable women working  towards change in their communities. The number of women that are working closely with minorities and listening to their problems are many but their visibility is limited and hindered.

The struggle to achieve women empowerment in Pakistan is underway. Women may be treated as a second class minority but their effort and work hold more value in the 21 st century. To inspire young girls, representation of female figures needs to evident. Representation starts when platforms start to amplify their stories and giving them opportunities to leave their historic legacies for the coming generations.

I belong to Pakistan but currently live in Qatar. As a 17 year old, I have grown to appreciate writing as a platform to advocate for social issues such as the right to education and women empowerment. Besides being an activist, I plan to pursue journalism as a career.