According to a study from Cambridge University, by 2030, the global Muslim population is expected to reach 2.2 billion, accounting for 26.4% of the global population. Despite such a large population of Muslims religious tensions seem to be at an all-time high, especially in a post-Brexit England.

In 2011 the American Psychological Association researchers carried out a study that showed that 82% of Muslims felt ‘extremely unsafe’ following 9/11, and many of the participants later developed Post Traumatic Stress Disorder (PTSD) due to the constant anxiety and abuse directed towards them. The impact on young Muslims’ mental health is concerning and mental illnesses like anxiety, depression and PTSD are found in increasing rates in young Muslims as a result of this abuse.

Young Muslims throughout Europe are being targeted for their faith, and the number of such incidents has risen over the years. On February 20th, the local muezzin at London Central Mosque was stabbed whilst delivering the call for the evening prayer. The attack left the locals shocked and scared.

In Muslim communities, mosques are considered a safe haven for everyone. Mosques don’t look at race, age, nationality or even religion of an individual, with free entry for all. However, after this terrifying attack, there were talks of mosques policing who enters the mosque.

A week prior, on February 14th, German police detained 12 men after they were caught planning a series of Christchurch style attacks throughout the country. In December 2019, another Islamophobic incident occurred as Redena Al-Hadi, a 14-year-old Muslim schoolgirl, was choked by her own hijab after defending her friend who was racially attacked.

These incidents are one of many reported, and the number of racially aggravated cases has risen considerably over the years. With attacks like these becoming a norm around the country, especially since the EU vote, many young people feel threatened to leave their homes. Al Hadi is also one of many who is now terrified of leaving her house, as her attacker was given nothing but a warning.

A 2013 study of Muslim women in the UK showed women who have been victims of an Islamophobic attack, have expressed their feelings of anger, sadness, isolation, and disgust. This often develops into PTSD and leaves many of the women afraid to leave their homes. Another 2017 study also found that South Asian women in the UK, who faced religious discrimination, social isolations and Islamophoic attacks, are more likely to be influenced to self-harm.

It is evident that religious attacks and discrimination in our society is at an all-time high, however despite constant reports in the media about mental health is still not being taken seriously. In fact, the normalisation and pervasiveness of Islamophobia in today’s culture is even evident in tweets below, where violent attacks are being treated in a comedic manner.

Lol I finally had a patient refuse to see me bc I’m Muslim and wear the hijab. Instead, she picked my friend who has blonde hair and colored eyes to see her, BUT PLOT TWIST bc my friend is Muslim too. Ahhh good ole stereotyping

With a large number of Islamophobic attacks and microaggressions occurring, young Muslims are now suffering from deteriorating mental health. The primary mental health concern is anxiety, which is a rising mental health issue and has affected 63% of young British Muslims according to The Muslim Youth Helpline survey conducted in 2019. The report also found out that 53% of Muslims are also currently suffering from depression, with 32% of them having experienced suicidal thoughts. A 2017 study also found British Muslims who experienced racist or discriminatory incidents relating to 9/11 has negatively impacted an individual’s mental health with a high rate of depression being reported.

Unfortunately, young Muslims are not targeted in mental health campaigns, and nor do Muslim communities encourage talking about mental health. Instead, it is treated as a taboo topic and the lack of mental health awareness is also contributing to these statistics.

Photo by Abdullah Ghatasheh from Pexels

As the media and Muslim communities have done the bare minimum to cover Islamophobia and its effect on mental health, it was a rare treat to watch Nadiya Hussain, winner of the sixth series of Great British Bake-Off, talk about these issues.

According to Hussain, her earliest memory is one she wishes to erase, when bullies in school pushed her head down the toilet and pulled her hair out, thus triggering her mental health issues. Her journey of becoming a public figure and openly talking about this issue is a breath of fresh air. She talks to other sufferers and how they deal with living with anxiety caused by islamophobia.

With Islamaphobic incidents growing all around the country, the number of mental health issues is also rising. Young people are the future, and they do not deserve to live in a society where they are attacked for their faith. The only way we can fight against this issue is to talk about it and increase awareness. If you have been an unfortunate victim of a racist attack and feel your mental health has been affected due to it, reach out and talk to a professional or a loved one. Here are some websites you can reach out to:

In this article:anxiety, ethnic minority, islamophobia, mental health, real life, YOUTH
Up Next: 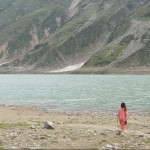 Hi! I'm a freelance writer, and I have written and currently writing for small, independent blogs and magazines. Other than writing I am an avid reader, baker and binge watcher.