Following the rise of technology and self-expression that has characterized millennials and Gen Z-ers, older age groups have started to push back against the changing times by blaming young people for everything wrong with society.

A short refresher course on terminology: The term “millennial” is used to describe the demographic born between the years of 1981 and 1996. Anyone currently under the age of 22 is considered to fall under the category “Generation Z” (Gen Z). Before the millennials came Generation X (Gen X), and between the end of WWII and 1965 was the infamous reign of the Baby Boomers.

Many news outlets and publications in recent years have perpetuated this ridiculous idea that young adults and teens are both “ruining” the economy, and responsible for our own financial downfall. You’ve probably seen articles along the lines of “Millennials are killing the golf industry” or “Why aren’t millennials buying diamonds?“. The real question we should be asking is, why are millennials expected to contribute to and survive an economic system that they came into at a disadvantage?

It seems as though what critical Baby Boomers and Gen X members need is a history lesson and a strong knowledge of how our economy actually works. As we all well know, the system depends on a delicate balance of supply and demand. But what happens when there is a decrease in demand? What happens when the cost of the supply is impossibly high?

Let’s break it down. In the 1950s, post-war era, minimum wage amounted to 75 cents an hour. Today almost 50% of all employees working for the national minimum wage are millennials making $7.25 according to the U.S. Department of Labor. That’s an 89.6% increase in the hourly minimum wage. Which seems good. Until you realize that inflation affects more than your paychecks. The inflation of food prices greatly outweighs salary inflation. Statista averages the cost of a carton of eggs at about $1.82, which is a 184% increase from 60.4 cents in 1950.

It only gets worse. One of the most prestigious universities in the country, Harvard, was once accessible to many at a mind-boggling, low price of $150 in the early 1900s. Now the ivy league school’s tuition is a staggering $67,580 per year. This is almost a 45,000% upsurge in costs. Other universities show similar exponential growth. Studies indicate that much of this increase occurred in the late 80’s once colleges decided that they could hike up their prices to offset tuition paid for by federal aid.

On top of it all, millennials are currently earning the same median annual income that baby boomers and Gen X-ers did when they were 30. While the average household income may have increased by 1,789% since 1950, millennials are disproportionately struggling.

You do the math. When our salaries are only increasing slightly in comparison to the skyrocketing prices of our necessities and goods, how do we afford them?

As millennials and Gen Z members, we have been raised from a young age with college, work, and money constantly on our minds. This new universal idea that a college education is essential is the reason why more workers between the ages of 25 and 29 are college graduates than ever before. The elevated number of degree-holders is why companies have become more selective in what they require for work experience. So even ‘gold star’ millennials who attend a university and don’t expect more than what they have worked for may still end up jobless.

Stop defaming Millennials and Gen Z-ers with unsubstantiated claims about our entitlement and vanity or how we only care about our phones. We are being affected by an economy that wasn’t built for us and doesn’t have support systems for us.

Capitalism, greed and price inflations have damaged our economy beyond repair, and the ones being affected are people without health care, houses, cars or access to resources and people with low paying jobs. Mainly, the polar opposites: the elderly and the young.

Millennials aren’t killing industries because we don’t have enough money for cars or diamonds or golf courses. We aren’t killing the economy because of our perceived laziness, terrible work ethic or attitude problem. The economy is killing us, and if nothing changes, the hole of financial disparity will only grow bigger. 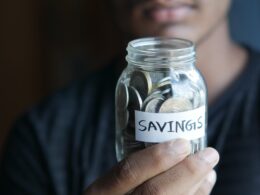 As our capitalistic society progresses, with the rich getting richer and the poor getting poorer, it is becoming…
byMarielle Devereaux