One of the biggest debates in the media and on social media websites is whether or not it’s okay for people to say, ‘Black Lives Matter’, or should everyone instead say, ‘All Lives Matter’? Those who have a hard time deciphering why the Black Lives Matter movement is in existence are either a part of the problem or just ignorant on what the movement is actually about. The movement is not meant to exclude any lives at all; it is meant to bring into light the systematic struggle that blacks still face.

The Black Lives Matter social movement started after the shooting of Trayvon Martin by George Zimmerman in Florida. The movement started in the African American community and has now become a worldwide movement with even people in London and France participating. The movement primarily focuses on protesting against police brutality, racial profiling, and racial inequality. The movement is mostly mentioned and debated on after many controversial events. For example: Whenever an innocent or unarmed black man or woman is shot or killed by a police officer, the hashtag springs to life across social media.

The movement is called “Black Lives Matter” because we are focusing on the fact that despite us making up only 13% of the United States population, we make up 24% of the people that have been killed by officers of the law. Yes, white people make up a large percentage of the murders, but white people also make up a larger percent of the American population. ( 62% of the population, but only 49% of those killed by police). (According to The Chicago Tribune: http://www.chicagotribune.com/news/nationworld/ct-police-shootings-race-20160711-story.html ). Don’t see the problem? Then you’re part of the problem. If we called it “All Lives Matter” then there would literally be no purpose behind it because all lives aren’t being seen as worthless.

No one can stand up and say, “all lives matter”, until they stand up for black lives too.

In this article:#blacklivesmatter #race #policebrutality #black #africanamerican, social justice
Up Next:

End the Saying ‘Dress How You Want To Be Adressed” 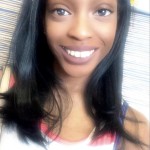 Shanteria Mickle is a freshman in college at Florida Atlantic University in Boca Raton, Florida. She plans to major in Multimedia Journalism and either become a freelance journalist or write for a local or major newspaper. One of Shanteria's greatest interests is social justice issues, mainly regarding race and gender. She plans to use Affinity Magazine to strengthen her writing skills, test her interest in Journalism, and voice her opinion. Shanteria can be contacted on her Twitter page: @shanteriaxo.

Privilege of Social Justice Access: The Flaws of Modern Activism

Why The World Wants #JusticeForNoura