Halloween Around The World 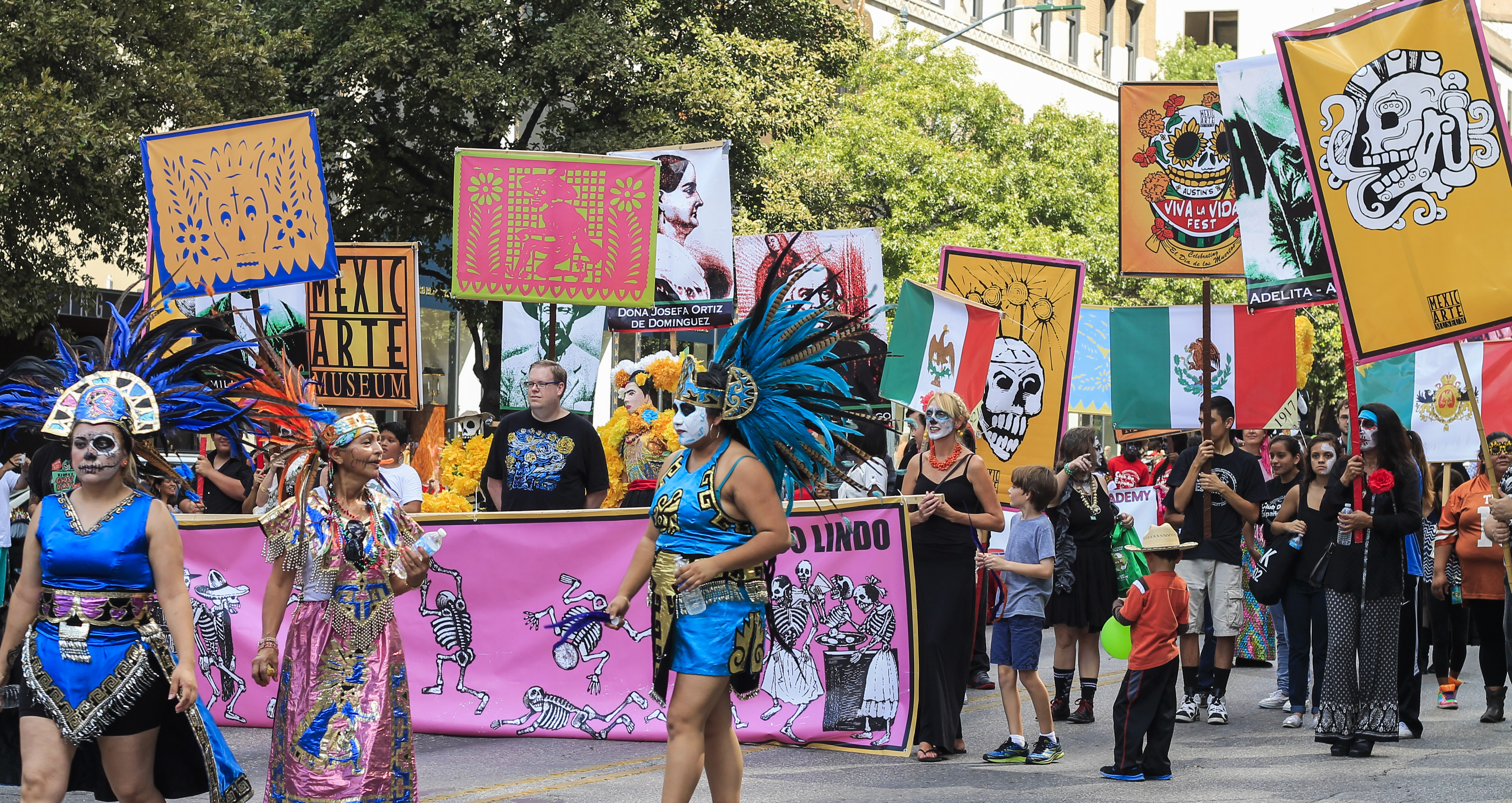 Halloween, also known as Hallows Eve (All Saints Day), is a festive holiday that occurs every year on October 31st and celebrates the spooky, the ghouly, and the gory. For those who live in the U.S., Halloween, or better known as ‘Halloweekend’, is a time to get together with friends and watch scary movies, inhaling pounds of candy, and of course, trick or treating. Unbeknownst to many, Halloween takes on a whole other meaning in countries outside of the U.S.

Día de los Muertos: Día de los Muertos, also known as Day of the Dead, is a holiday widely celebrated in Mexico and other Latin American countries. This holiday takes place during November 1st and 2nd, and those who celebrate it honor their loved ones who have died by building altars outside of homes, schools, and other buildings. The altars are then decorated with candy, flowers, photographs, and other sentiments that remind them of their loved ones. A popular decoration that is left out on the altar are sugar skulls, which is a tradition dating back to the 18th century. Often, a bowl filled with water and a wash-cloth are left outside of the altar so that the spirit can cleanse themselves before enjoying their gifts. Since Día de los Muertos lasts for two days, the second day is spent celebrating and listening to the village bands, as well as wearing cultural dress and makeup.

Teng Chieh: Teng Chieh, otherwise known as the Hungry Ghost Festival, takes place on the fifteenth day of the year, and officially marks the end of the Chinese New Year. This holiday is celebrated in many Asian countries, and has been a tradition for thousands of years. Similar to Día de los Muertos, Teng Chieh is a holiday where families celebrate the spirits of their loved ones passing on to the ‘next world.’ During this festival, those celebrating have a sacred ritual in which joss sticks, food, and gifts are offered to the spirits. The purpose of this ritual is to welcome the spirits as well as feed them. Now although this holiday is not specifically their version of Halloween, there are many elements within this celebration that are similar to a western Halloween.

Banks of the Foyle Hallowe’en Carnival: Since Halloween is originally an Irish holiday, there is no surprise that Ireland is the number one place to celebrate Halloween. Every year in Derry City, Northern Ireland, thousands of people gather for the three-day Banks of the Foyle Hallowe’en Carnival. During this carnival, the attendees have many options to choose from, including watching Halloween Parade, testing different treats at the Hell’s Kitchen, and listening to live music. If you’re an avid Halloween fan, this is certainly a festival you want to add to your bucket list.

The real excitement for Halloween comes from each culture’s unique celebrations of the holiday, and how these yearly celebrations bring us together in a thrilling way. Cheers to a happy (and scary) Halloween!

In this article:halloween, holiday, international
Up Next:

Day One of the Standing Rock Experience: Identity Politics

I'm 17 years old and am a senior in high school. I've enjoyed writing poetry since I was in middle school, but I'm excited to break out of my shell and write articles for Affinity! I plan to write about topics surrounding mental health and how it is perceived in different areas around the world, as well as articles on music and politics!