Increasing Number of Penguins Are Dying in Antarctica

There has been a devastating penguin death tragedy in Antarctica regarding their breeding. They struggled to breed and as a result only two chicks have survived. In the region Terre Adélie, where more than 18,000 pairs of penguins resided, many of the penguin’s babies starved to death.

This has been the second time over the span of a couple of years that this colony has to endure grief during breeding season. Four years ago, the penguins froze to death because of the sudden cold climate the chicks could not survive when rain followed.

Rod Downie, the head of Polar Programmes at the World Wildlife Fund, stated that the devastating event “contrasts with the image that many people might have of penguins. It’s more like ‘Tarantino does Happy Feet,’ with dead penguin chicks strewn across a beach in Adélie Land.”

The Word Wildlife Fund worked hard to fight against this issue, sending a vast amount of sea ice around Terre Adélie. This essentially led the adult penguins to migrate more and seek for food.

Environmental groups plan to meet next week in Hobart, Australia in order to touch on creating an additional Marine Protected Area (MPA) for the area near eastern Antarctica.

“The risk of opening up this area to exploratory krill fisheries, which would compete with the Adélie penguins for food as they recover from two catastrophic breeding failures in four years, is unthinkable. So [the Conservation of Antarctic Marine Living Resources] needs to act now by adopting a new Marine Protected Area for the waters off east Antarctica, to protect the home of the penguins,” Rod Downie added.

In 2016, the CCAMLR was able to build the largest marine sanctuary in the Ross Sea in Antarctica. Recent research by oceanographers at the University of Delaware claimed that 60 percent of the Adélie penguin habitat may be unsuitable for them by the end of the 21st century due to the climate.

Yan Ropert-Coudert from the Adélie penguin program in France’s National Center for Scientific Research commented, “the region is impacted by environmental changed that are linked to the breakup of the Mertz glacier since 2010 […] An MPA will not remedy these changes but it could prevent further impacts that direct anthropogenic pressures, such as tourism and proposed fisheries, could bring.”

Global Flooding Is Inevitable. How Can We Help? 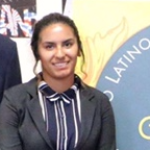 Adalis Rojas is a senior at South Hills High School where she is news editor in the school newspaper, the Growl, and hopes to open eyes and inspire others with her writing.