The Future of Consumption: In-Vitro Meat

Autonomous Car Crashes: Who - or What - Is to Blame?

2018 Nobel Prize in Chemistry Showcases the Evolution of Enzymes

The global population has been burgeoning exponentially among the past century, increasing from 1.5 billion people in the 20th century to a whopping 6.1 billion in the 21st century. (World Population Growth, 2013) In order to satisfy the consumption rates of humanity, 56 billion factory animals have been slaughtered without any consideration of the environmental ramifications.

According to the Food and Agriculture Organization, the often neglected issue of meat consumption accounts for 18% of all greenhouse gas emissions emitted due to the animal waste and the usage of fertilizers, pesticides, and chemicals. The most troubling part of this matter is that the world’s dependence on meat is expected to double in the next decades.

In addressing these escalating issues of meat consumption, novel ideas have been introduced by the scientific community to alleviate the planetary stress by growing meat in bioreactors and in laboratories rather than on animal farms. Defined as “ clean meat”, in- vitro meat is now the trending term to describe cultured meat which replicates the texture and taste of the actual meat without the need to actually kill living organisms.

On August 5th, 2013, the first celled synthetic hamburger made up of 20,000 muscle glands was concocted in London by Mark Post at the University of Maastricht.Though it was the most expensive burger ever produced at a price of €250,000, the burger opened a new door of scientific possibilities–a proof of a concept for an emerging technology.

This  option not only eliminates the energy costs of meat itself, but has tangible linking effects by allowing for the efficient maximization of land originally devoted to growing livestock. A feasible outlook on cultured meat includes minimizing a complete waste of land resources that could be diverted to more productive activities regarding societal infrastructure or growth of specific crops.

Additionally, in vitro meat  exactly as the name suggests, can provide superlative and clean meat for our daily consumption. As Professor Mark Post of the University of Maastricht suggests, “the reduction in the number of farmed animals reduces the chance of zoonosis…I’m very bold about this. I don’t see any way you could still rely on old-fashioned livestock in the coming decades,” scientists have the ability in controlling the meat composition by manipulating the flavor of the meat and the ratio of fat. Researchers have equally suggested inputting pivotal vitamins like the polyunsaturated fatty acids into boosting the nutritional content of the meat as the saturated fats varieties increase risks of disease like arthritis and diabetes.

However, all modern innovations inevitably come with drawbacks.

The most blatant technical challenges include producing less expensive and strenuous nutrient plasmas, alternatives to the current bovine serums of a vegetable origin. Prominent molecular biologists like Brandon Roelen suggest that a pound of in-vitro meat would currently cost $50,000 and that the process itself is so inefficient that it takes tissues from 3,000 petri dishes to create one sausage.

Meat-eating is one of the ways in which we show our compatibility and dependence on nature. Opponents claim that our newfound ability to independently synthesize necessary ingredients in artificial labs signals the complete isolation from humanity’s interconnected fate with nature. This innovation insinuates our growing disrespect for nature as not a partner of our survival but a tool for our relationship, eventually leading to a moral degradation of natural relationships. Similarly, cultured meat is also a form of disrespect to the animals themselves. People raise moral concerns that an animal’s integrity is violated when human intervention makes it unbalanced or unwhole. The new technology renders meat cells useless and devoid of typical, sustainable functions of the animals.

In conclusion, the prospects of in vitro meat is largely positive. Creating a world where meat comes from laboratories might efficiently deal with the global challenges of food security, natural resources, and the environment.  Conversely, in order for the in vitro meat to be on our dinner plates,  is significant to overcome not only technical barriers but moral ones. 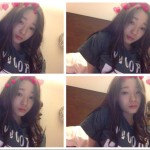