Greta Thunberg Heads to the U.N. Climate Talks by Sailboat

You’ve probably heard this mantra many times, repeated especially by adults in your life. This phrase is often accompanied by the color green, highlighting how eco-friendly the meaning behind it is. This set of words was birthed around the era of the Vietnam War when environmental consciousness rose to pop culture.

Single-use plastics began to gain traction in the 1960’s as many households discovered their functionality and ability to significantly cut labor. During this era, concerns about paper usage rose, causing the use of plastic bags to replace paper bags and become commonplace. To assist in plastic’s surge to fame, the concept of plastic recycling was introduced to the American public by the government on the first Earth Day on April 22, 1970.

However, you just might not realize the truth behind recycling. Behind the mask of green, low recycling
rates and its dark effects lurk.

Japan’s meager 10% recycling rate was reported as the highest in the world, showing the shockingly low level of effort put in by people. Even with low recycling rates, there is a hefty price tag that comes it. Because it requires more energy, labor and machinery, the cost of recycling can be double the value of taking the waste to a landfill. First world countries often do not process the majority of their own plastics and instead ship the waste off to other facilities in other countries. China, for example, was once a hub for imported plastic. As a result of the mass overflow of plastic waste the Chinese government cut off future imports, forcing smaller countries to take in more plastic than they are capable of. Malaysia has since complained of being “a dumping ground” for plastic, with the abundance of contaminated plastic waste being the catalyst of their concerns.

However, the issue of recycling is not black and white. Recycling rates below 10% were found to reduce the social costs, however, rates above 10% had negative economic and environmental effects. Additionally, energy consumption can be reduced by 66% through producing products made of recycled plastic. Yet, the negatives of recycling often create as large of an impact that the positives make.

To avoid the mishaps that occur within the process of recycling, large waste companies are pushing for educating consumers about recycling contamination. Methods that help avoid contamination include rinsing waste before throwing them away and organizing non-recyclables and recyclables.

On the other hand, the two other R’s of “Reduce, Reuse, and Recycle” have been embraced by more than 400 cities through taxes on single-use plastics. Additionally, counties have pushed for reusable alternatives for disposable, single-use objects to reduce waste.

Although the concept of recycling has an eco-friendly appeal, the truth to it is not-so green after all. 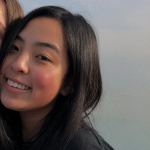