The turbulence between Christians and the LGBT community has been tangible for quite some time now. Of course, some LGBT people themselves are Christians, and many new-age believers accept everyone with open arms. The Pope, however, has not been so accepting as of late.

Pope Francis began his papacy in 2013 and many have been pleased with his leadership thus far. In the past, Francis has seemed to support the LGBT members that practice Catholicism; when speaking to the New York Times about gay priests, he stated, “If someone is gay and he searches for the Lord and has good will, who am I to judge?” LGBT Catholics were incredibly pleased with this answer. The previous, extremely conservative leader, Pope Benedict XVI, went as far as signing a document in 2005 that stated that men who were gay should not be priests. When Pope Francis took the role, many were glad to have a Pope seemingly welcoming of LGBT-Catholic practicers. However, the Pope has recently let everyone down and resurrected the friction that many have worked hard to eradicate.

It is now being reported that in a meeting with Polish priests and bishops, Pope Francis denounced the teaching of gender identity: “Today, in schools they are teaching this to children — to children! — that everyone can choose their gender.” He went on to say, “Why are they taught this? Because the books are supplied by the people and institutions that give you the money.” Insinuating that the only reason gender identity is being taught is due to monetary influences, and basically discrediting gender identity as a whole, has infuriated many of those that previously looked fondly on Pope Francis.

The hostility shown by the Pope toward the transgender community has troubled many LGBT individuals and organizations. The executive director of DignityUSA, a leading organization of LGBT Catholics, gave a solemn statement regarding the Pope’s ignorance, saying, “It shows that the pope doesn’t understand the danger that his words can mean for gender-nonconforming people…” New Ways Ministry, an LGBT advocacy group, also lambasted the Pope. They didn’t stop there, though. Executive director Francis DeBernardo called out the Vatican as a whole, encouraging them to establish a commission to “update their understanding of gender identity and sexual orientation.”

Many religious people, whether Catholic or otherwise, are making an effort to create harmony between everyone, regardless of religion, gender identity, or sexual orientation. Some churches have even gone as far as hanging pride flags outside the church accompanied by the words “All are welcome.” Religious tolerance has definitely moved forward from where it was fifty years ago.  The Pope should be supporting the open-heartedness shown by so many of his pupils and churches rather than consciously taking steps backward from acceptance. Pope Francis even tweeted the following tweet back in June of 2013.

Let the Church always be a place of mercy and hope, where everyone is welcomed, loved and forgiven.

Obviously he uses the phrase “everyone is welcomed” very loosely. It is time for Pope Francis to become educated on gender identity and issue an official apology to the transgender community for devaluing them.

In this article:LGBT, Pope Francis, RELIGION
Up Next:

What Happens in The Olympics… Should Happen In The World

Straight by Day, Gay by Night: Being Closeted 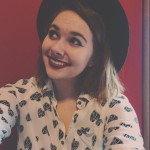