Kanye West’s Saint Pablo Tour was highlighted by the appearance of Alton Sterling’s son, Cameron Sterling, on his 16th birthday. Cameron is the oldest son in the Sterling family and has the most memories with his father. Kim and Kanye decided to show him what a show with Kanye was like and even posed for a picture with Cameron.

Alton Sterling has been gone for several months now, yet his name is still known by many. After his passing, the nation was in outrage over how police enforcement reacted and the way in which he died. The Black Lives Matter movement has grown exponentially over the past year and continues to. The movement has been discussed in the media and even mentioned in presidential debates for the 2016 election. Sterling himself was one of many in discussions on police brutality, however, his family has had to deal with his passing constantly and will continue to; that’s why it’s so important to remember these victims are more than a hashtag, and that acts of kindness for those who have to accept the aftermath matter so much.

Being that Kim has been held at gunpoint as of recently, it’s surprising she‘s begun to make appearances again so soon. It was just a month ago that she was robbed of millions of dollars worth of jewelry. However, what this shows is that even the Kardashians can recognize what loss feels like and what their efforts can do.

In this article:Black Lives Matter, BLM, featured, Kardashians, Kim K
Up Next:

Friend Breakups Are The Worst

Why Your Rape Joke Wasn’t Funny 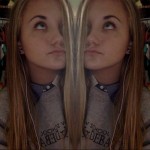 Tiffany is a blogger, writer, and avid tea-drinker. She watches Friends reruns relentlessly and has a passion for both animal and human rights. For enquiries and writing opportunities, contact her at tiffany.dingley@gmail.com