Why Haven't We Cancelled Steve Harvey Yet?

This past week Steve Harvey faced backlash for making a racist comment towards Asian men. However, the question is: why has it taken us this long to call him out on his behaviour? Here’s a short list outlining some of his messy behaviour that has escaped public scrutiny.

In a 2009 interview on “The Tyra Banks Show” in efforts to promote his now Best Selling book “Think Like A Man, Act Like A Lady” Steve was asked for dating advice by a woman in the audience and Steve said that one of the most important questions is to ask about the person’s faith. On dating an Atheist, Steve continued to say “You’re talking to a person who doesn’t believe in God, where’s his moral barometer? Nowhere.”

For someone who is so concerned with other people’s “moral barometers” it seems Steve Harvey has forgotten his own indiscretions that could be deemed immoral. He is thrice married and twice divorced; divorced because he couldn’t keep it in his pants. The serial cheater (according to one of his ex-wives) really should check in with himself before he judges those with and without morals especially based on religion.

However, his bigotry on Atheism was still alive and thriving in 2015. In a interview with joy Behar Steve stated that if you’re an Atheist then “you’re an idiot to me”. He then continued to go on about how if evolution is real, then why do monkeys still exist? It seems that to Steve not following a religion not only makes you incapable of being intelligent but it also means you have no morals whatsoever.

In the same interview Joy Behar stated that “gay men can live without us (women)” and Steve quickly retorted with a statement that was homophobic, sexist and just genuinely stupid: “There isn’t a real man living who can live without one of you (women). He doesn’t exist. We have to have you.” Not only is he erasing an entire community of men solely on the premise of sexual orientation but he also makes it clear that he sees women as objects that men just have to obtain, he does not see women as people.

Then again Steve Harvey did say in another interview this time with CNN’s Fredricha Whitefield that men are only friends with women in hopes to eventually sleep with them. “We remain your friends in hopes that one day there will be a crack in the door, a chink in the armour,” he explained his reason as to why he didn’t have any women as friends. He makes it clear that he is incapable of controlling himself around women because “he’s a man”. In fact, his statements are the fuel to the raging fire that is rape culture. To Steve, if he wants a woman he will have her no matter how long he has to wait and this makes me wonder if he even cares about consent at all.

Steve Harvey has a line he throws in just before he continues with his idiotic rhetoric, “It’s not the politically correct thing to say but…” and then he lets the rubbish leave his mouth. In an interview with HipHollywood in 2015, he said that calling Caitlyn Jenner “brave” was the politically correct thing to say but to him, he has “no concept of what it means”. Steve Harvey’s transphobia couldn’t be masked as he kept referring to Caitlyn Jenner as “he” refusing to acknowledge Caitlyn as a transgender woman.

Most recently (and most scrutinized) is Steve Harvey’s take on the 2002 self-help book “How to Date a White Woman: A Practical Guide for Asian Men. Steve, on his talk Show “The Steve Harvey Show”, said that the book should actually only have one page asking White Women “Excuse me, do you like Asian men?” he then gave his own answer to the question, “No, thank you”. But wait, Steve then continued to insinuate that Black Women also weren’t attracted to Asian Men saying that Black Women “don’t even like Chinese food” and that Black Women don’t eat what they “can’t pronounce”.

Steve Harvey has long stopped being funny (it’s even debatable if he ever really was that funny to begin with) and he has now built the most recent years of his career on bigoted advice, trashy social commentary and undeniable homophobia and transphobia. Like his talk show, I think it’s time we cancelled him.

Cut the Crap, Keke Palmer Is a Human Being 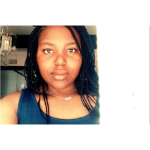 Generally known as a big cry baby with the ability to make tears sound like Mozart. And I take pictures too.