Why Riverdale's Veronica Lodge Is The Most Important Role Model

Veronica Lodge is a character in CW’s new critically acclaimed series Riverdale (based off the timeless Archie Comics) who is played by up and coming Brazilian actress Camila Mendes. Although only 4 episodes have been released, Riverdale has already resonated with viewers and Veronica Lodge has instantly become a fan favourite.

As soon as the series begins, Veronica is established as this confident yet mysterious new student from New York who’s looking for a fresh start in Riverdale. This is extremely cliche, of course, therefore making us assume Veronica’s behaviour as this brand new conceited ‘rich girl’ who merely cares for herself and her Hermes bags, so the audience is pleasantly surprised when she, in fact, doesn’t fit that archetype at all. Here’s what V is truly like:

In its 4 episodes, Riverdale has already tackled taboo topics like racism, LGBTQ+ relationships, slut shaming and much more with their diverse and talented cast. It seems evident that Veronica holds a very strong standpoint on all of these subjects. For example, in episode 3, Lodge is wrongfully slut-shamed by Chuck Clayton, and instead of being “a good girl who follows the rules”, Veronica and Betty plan an elaborate scheme to get revenge on Chuck, which ends up achieving vengeance for all the “beautiful, young, strong and intelligent women” Chuck, or any of his friends, had wrongfully slut-shamed. And with TV shows consistently going down the “forgive and forget” route, it’s important that young girls realise they shouldn’t take any sort of shaming from anyone and that sometimes revenge is the ideal way to go and Veronica is not only relaying that message but encouraging that girls shouldn’t forgive and forget simply because it’s easier to.

She rejects stereotypes and tropes.

Although stereotypes and tropes are a common theme in Riverdale (like any other teen drama), Veronica strays from most of them, including the token person of colour trope, wherein a POC will only be cast in a TV show or movie for the sake of saying they have a ‘diverse’ cast or to only demonstrate the stereotypes surrounding them. However, CW somehow manages to write V, a POC, as an intelligent and layered character rather than sticking with outdated stereotypes. Furthermore, she also completely rejects the ‘good girl’ stereotype with her “I don’t follow rules, I make them and when necessary I break them” attitude but yet not to the extent where she is inhibiting the “mean girl” stereotype. Essentially, Lodge is a character who isn’t written to tailor any tropes or stereotypes; she’s written to give young women of colour a positive role model. 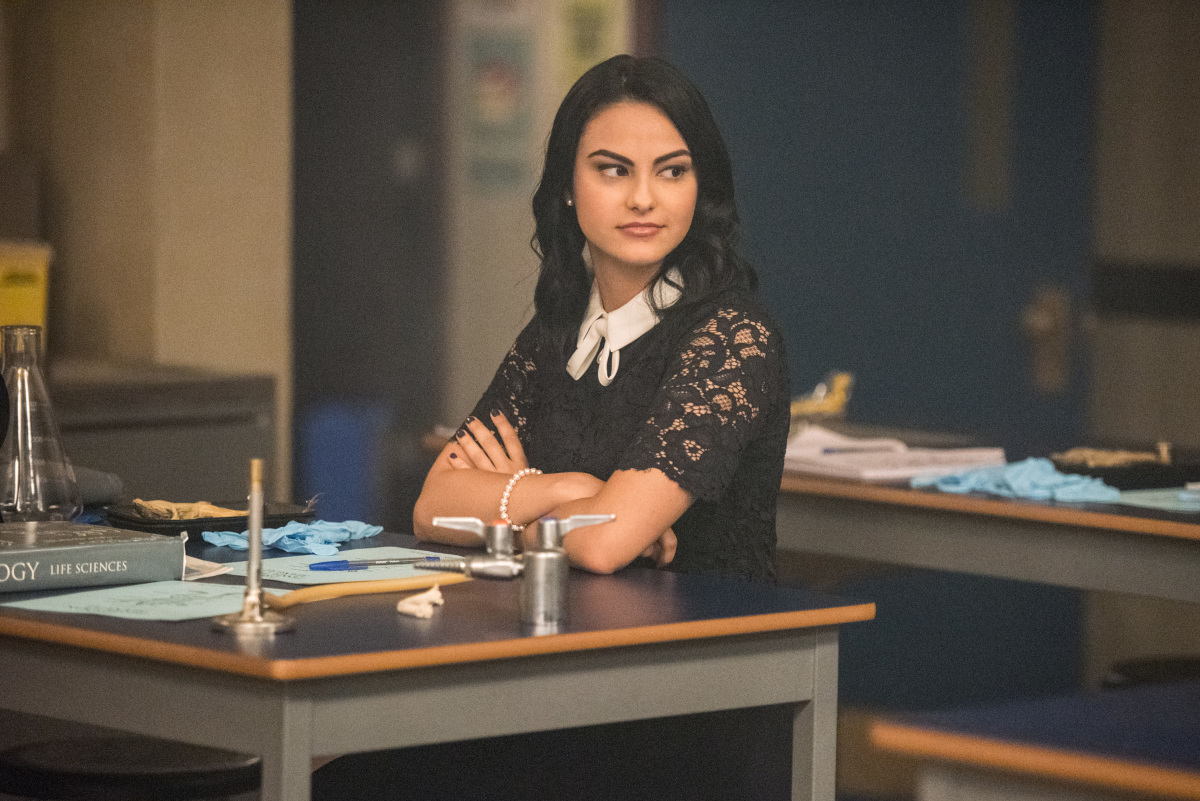 She displays a healthy and realistic friendship.

Betty and Veronica’s friendship in the CW adaptation almost fully dismisses the rivalry between them over Archie and instead has decided to build up this beautiful friendship founded on mutual respect and love rather than petty fights and hate. “No boy will ever come between us,” they both agreed while sharing a milkshake at Pop’s; both characters care deeply about each other and would go to unspoken ends to ensure the other is satisfied (like simultaneously pouring maple syrup over a boy while drowning him because he slut shamed your friend). It’s even more of a credible relationship when accounting for Veronica’s past of bullying and comparing it to her current relationship with Betty, wherein V would buy flowers and fly cupcakes in from another state if Betty was mad at her. Overall, it portrays a selfless and caring friendship between two girls to young women who are so accustomed to having this ideology of ‘fake friends’ and ungenuine friendships shoved in their face by multiple teenage dramas, so it’s refreshing for them to have a positive friendship to look up to for once. In Conclusion, Veronica is one of (if not the) most important role model for women of colour on TV today and she will only continue to tackle those taboo topics and to care and protect her friends endlessly in this murder stricken town of Riverdale. So she’s not the “women of colour version” of Blair Waldorf. She’s Veronica Lodge, and she is the new “it girl” of teenage television.

(Also Camila Mendes if you’re reading this, I appreciate you and this character. Thanks for doing an amazing job bringing Veronica to life.)

The Political Podcast You Need to Be Listening to

I'm 16 years old and live in London, but my family has roots of Libyan and Italian. Apart from writing articles, I enjoy basketball, ice skating, politics, and watching movies. If you want to contact me: rayanramadan@rocketmail.com.