Allegiance—The Story That Needs To Be Told

Japanese internment camps are one of America’s greatest shames. Feb. 19, 1942, marked the day of the official decision to imprison Japanese-Americans in a fashion not entirely unlike what was happening across the sea in Germany at the time. On the same day in 2017, the recording of the musical “Allegiance” appeared nationwide in theaters.

The majority of “Allegiance” is spent in the 1940’s, following the story of a Japanese-American family whose lives are drastically changed when soldiers appear at their door to force them into an internment camp at Heart Mountain.

It is gripping, heartbreaking, beautiful and real.

When I sat down in the theater on that Sunday afternoon, I expected something in the tune of a depressing documentary somehow turned musical. Something that would force an uneasy feeling upon me, make me think of the cruelty and injustice of it all. It was so, so much more than that.

The characters (two notably played by “Star Trek’s” George Takei) were that of a driven, tight-knit family who had everything taken from them in one unfair swoop. Following the dark history of the camps closely, the fictional family is stripped of their hard-earned and treasured belongings as the country tries its best to take away their culture identities.

The story goes on to tell the tale of how these characters make their way through the horrendous conditions in the tune of filth, starvation, and a single nurse who is banned from giving them as much as an aspirin. The musical brings to light that these people were as American as they come; law school drop-outs who enjoyed baseball were suddenly considered threats and thrust into these camps. Despite all they are put through, they manage to cope with the situation by laughing together and holding dances and playing baseball. Even though they are met with nearly every obstacle imaginable, they still work hard against white America’s prejudice by standing up to their oppressors despite the fact it could end with them being tortured or killed.

Beyond Japanese-Americans’ conflict with those who imprisoned them in internment camps, the musical also highlights how it created strife within families, something that isn’t often talked about. With such abhorrent conditions and intense pressure placed on them, it’s no wonder they start to fight among themselves. Arguing on issues such as whether it was right to keep their head down or stand up for themselves to stay safe, families divided and lost each other when they needed each other the most.The story also expands beyond internment camps, allowing the characters to explore what their culture means to them

The story also expands beyond internment camps, allowing the characters to explore what their culture means to them and who they are. The characters find love and passion and try to find a way to still follow their dreams despite all that is happening around and to them.

Although such dark and heavy topics are being illustrated, the musical does an amazing job of keeping the atmosphere light while still pulling at your heartstrings and giving you important information on the injustices that occurred. When the musical ends, you will be left feeling like you just watched something incredibly important, and like you might never stop crying. Sometimes movies that make you cry just feel terrible, like nothing will ever be right and your only purpose in life is to be sad. “Allegiance” isn’t like that. Despite all the sobbing it brings on, you feel meaningful and like the fact that it brings out so much emotion can only be a good thing.

All in all, “Allegiance” is a must watch that will leave you in awe. You can buy the soundtrack here. 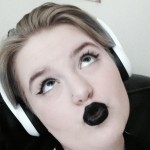 Raised in the suburbs of Philly and currently residing in California, I'm an eccentric sophomore with a passion for writing. Cats, video games, good music and coffee keep me going.