Graduating from Juilliard, Phillipa Soo has seen her name in lights on Broadway since 2012. Phillipa was Hamilton’s first Eliza. She brought the purity and innocence to the character that still impacts the show today. She was noticed for this when she was nominated for a Tony award for the role. Phillipa was asked to read for Eliza in Hamilton when she was noticed for Natasha, Pierre, & The Great Comet of 1812. So really, every role has just come after the other. She’s even said that Hamilton let her constantly think about the future, and that was exciting.

Phillipa is on her way back to Broadway for the first time since Hamilton, which she left in 2016. This time, it’s all about her. Amélie is set to hit Broadway with previews beginning March 9. The show is based on the Oscar winning 2001 film that touched the hearts of many. Phillipa will star as Amélie, a whimsical girl finding her way in life. The Amélie musical premiered on September 11, 2015, at the Berkeley Repertory Theatre. At this time, Samantha Barks was playing Amélie. It later moved to Los Angeles at the Ahmanson Theatre for a month before finally ending up at the Walter Kerr Theatre.

Video teasers have been posted to YouTube leaving fans wanting more. They feature Soo in different colors for each one, representing different parts of the musical. These videos have really shown the light of what it’s going to be like to have Phillipa Soo back on Broadway. Her sweet and simplistic attitude and embodiment make her a pleasure to watch and experience.

With it’s Broadway debut fastly approaching, the team of Amélie has set up a campaign to bring more fans to the show and get as many people as possible on board. They have teamed up with SocialToaster to create Amélie’s Official Broadway Fan Club. They have gathered a team of people and handed out hand sanitizer for random acts of kindness day, and have many more community plans for the future. Fans can sign up and enter to win access to private performances and tickets to the previews. One of these private performances featured Soo performing some of the songs from the show. Hearing her silky smooth voice only got us more excited to see her back on the stage.In whichever way you wish to see it, Phillipa Soo is a blessing to us all. Her bright spirit and compassion make it easy to love her. Who knows what this musical will bring, but I know that I’m seeing it as soon as I can! 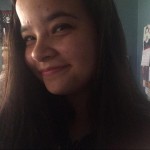 An Interview With NYC Progressive Mayoral Candidate Robert Gangi, Who Is Challenging de Blasio From the Left

The Most Thought Provoking Lines in Dear Evan Hansen