The thrifting phenomena is no mystery to the average Millennial or Gen Z kid. Vintage, thrifted, retro, and even borrowed clothes are everything when it comes to developing personal style. It’s truly a great habit. Vintage clothes can become conversation pieces and allow for a more creative approach to self expression, as it is far less confining than purchasing from mainstream retailers– not to mention that thrifting is great for the environment.

Reducing fast-fashion consumption and reusing the old clothes of others contributes to less overall clothing production. On a broad scale, this reduces the production of many synthetic fibers in clothing and, with people purchasing the unwanted clothes of others, less clothes are likely to end up in landfills. For this reason alone, everybody could afford to thrift a little more often.

Saving money can be a big component to why people choose to thrift. Alongside that, many choose to buy used clothes from big retailers that donate their profits to those less fortunate, or are run like nonprofits, though this is something that is not always considered by the average thrifting-junkie.

Lots of major secondhand clothing companies are known for their charity driven/nonprofit structure. Goodwill contributes 90% of their profits to helping others, and typically funds go to help unemployed locals find career counselling and job opportunities. Many other nonprofits do the same. It should however, be noted that thrift store giant Value Village (also known as Savers) is actually a part of the conglomerate TPG Capital.

It is simply an urban myth that they too donate all of their money to charity. In fact, a lawsuit was filed against the corporation in 2015, when it was uncovered that for every 1 pound of clothing sold, 4 cents was given to charity. Yet the company itself made a billion dollars in revenue that year. It seems that the distribution of funds is something that few consumers are actually aware of. This is particularly disheartening when people choose to go to thrift at stores like Value Village, and believe they are giving the bulk of their money to a good cause, when in reality they are simply misinformed.

Instead, an avid thrifter who is looking to give back in a different way, or plainly is not interested in giving more money to a major corporation, should opt for a new strategy.

Supporting local business is one great way to do so. So many small, curated vintage stores have pieces that can be even more authentic than what one might find in a Value Village-esque store, and the consumer knows their money is going into the pockets of a part of their community. If local businesses aren’t the right thing for you, Depop, the secondhand clothing app, is another great way to support fellow thrifters, and often young artists. Many, young people in particular, will even go as far as reinventing vintage or thrifted pieces for their followers.

In doing so, one can be sure that they are taking the right steps to be the most conscientious thrifter possible. 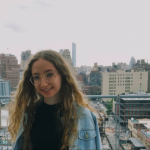